Generally speaking, you want to use early binding, rather than late binding.

Early binding an object variable tells VBA specifically what we’ll be doing with it.
Late binding is generically declaring the variable an Object and VBA doesn’t know how we intend to use it.

Advantages:
1) you get to use Intellisense →
2) code runs faster
3) full access to object model
4) better error-checking

I almost always perfer early-binding, having a clear advantage over late-binding. One exception, however, is that I’ll often declare a reuseable element object generically (Dim ele as Object) so that I can use it for multiple purposes. Like the following example where I use ele to capture an img element and then a div element:

But aside from mere convenience, there’s really no good reason to do it this way. Hence my advice to pretty much always use early binding.

Get weekly VBA Automation Awesomeness in your Inbox: 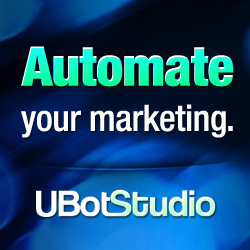 Bots should never be created that harm or impede the functionality of a website. By using this site you agree to these terms.